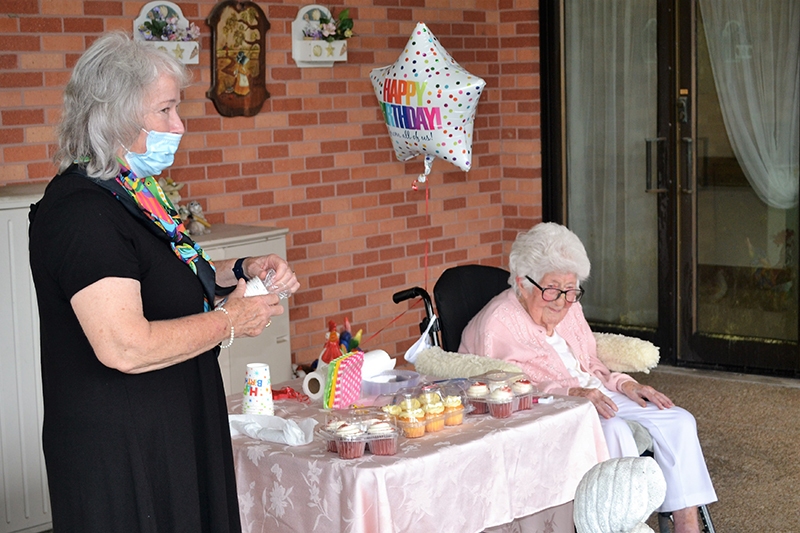 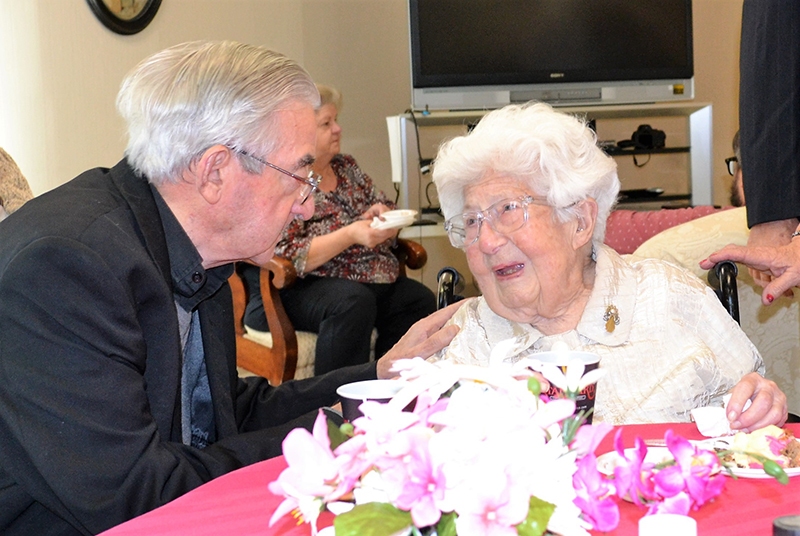 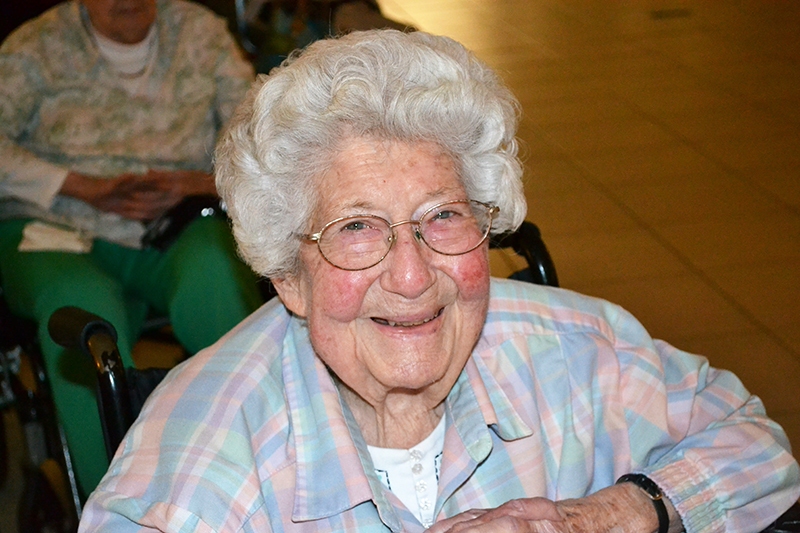 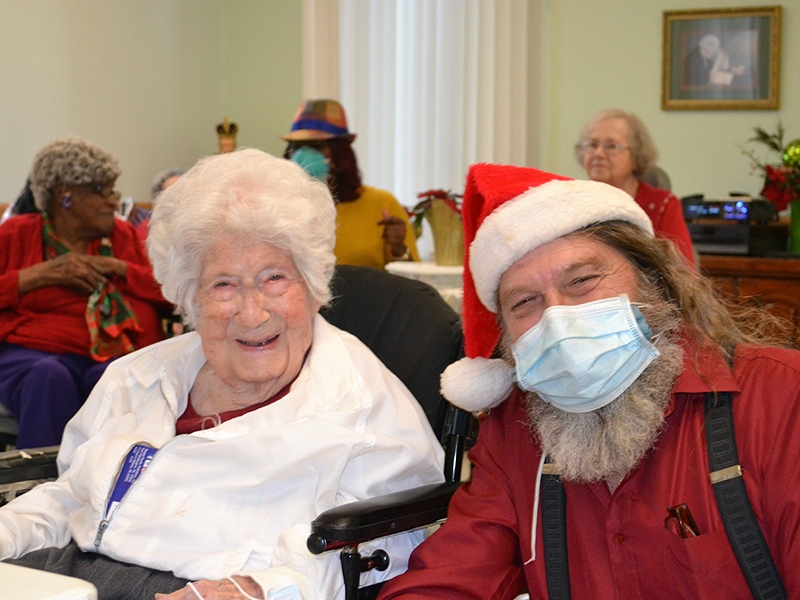 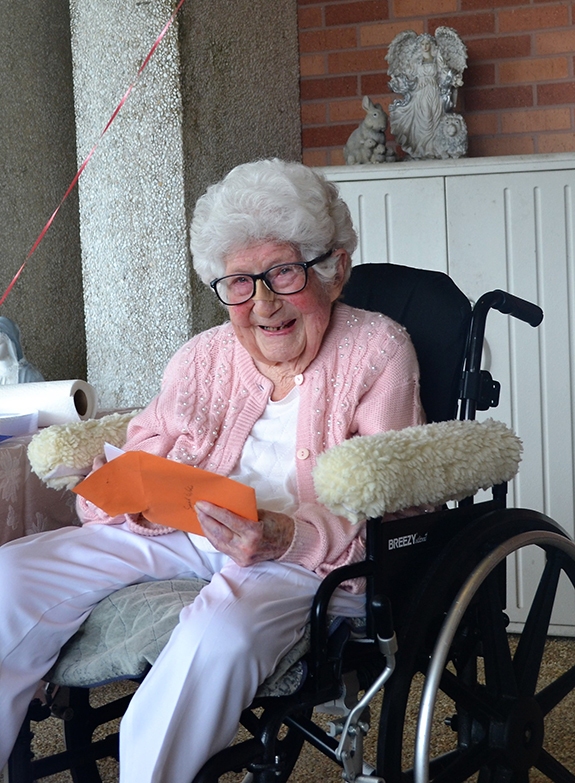 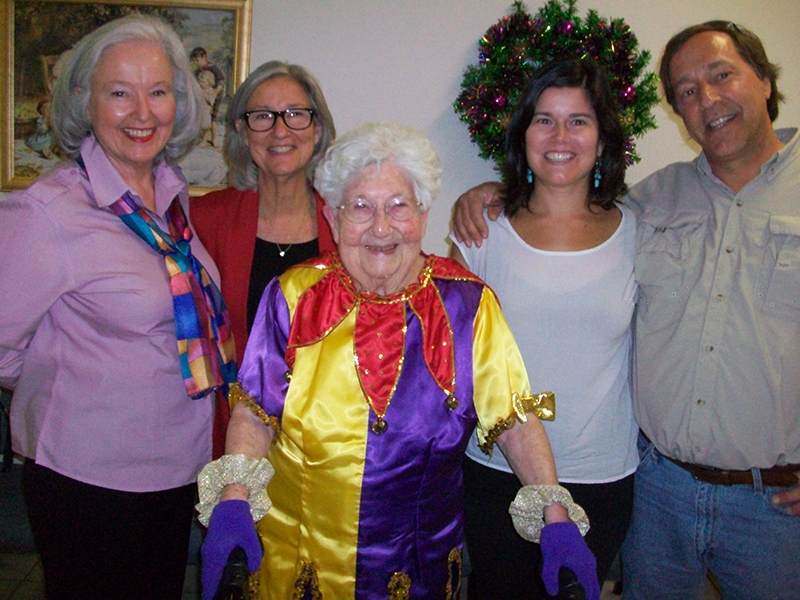 Sarah Wilder is celebrating her 106th birthday at the Little Sisters of the Poor, Sacred Heart Residence today. She was born in Carbon Hill, Alabama, in 1915.

Sarah was the oldest child with four sisters and one brother. She took a few minutes to share some of her life with us.

She attended Vanderbilt University, majoring in Mechanical Engineering, with a minor in Physical Education. Sarah mentioned, with a twinkle in her eye, they changed the description of her major because she had trouble spelling “Engineering.”

Sarah taught Physical Education at Baker High School for eight years. She loved the fact that they had ten acres, which gave them plenty of room for recreation. She eventually moved on to Barton Academy after several years as Assistant Principal at Baker.

She told us, “I was in charge of hiring and firing!”

One of her more endearing stories was about her wedding to Gordon Wilder, who hailed from Madison, Wisconsin. He served in the military while Sarah was active with the Red Cross. She was smitten by him the first time she laid eyes on him.

At the age of 32, they married in Franklin, Tennessee. The wedding took place at 2:00 am, due to delays in securing blood tests. The preacher’s wife played the piano while Sarah’s two roommates witnessed the early morning ceremony.

Later in her life, Sarah volunteered at the Little Sisters of the Poor. With her husband gone, after eleven years of helping the Little Sisters, Sarah became a Resident. She has been living at Sacred Heart Residence for more than twenty-six years.

During her time, she helped set up a music exercise program and served as the Mardi Gras jester for 16 years at the Little Sisters annual festivities.

We asked her the secret to a long life. She said, “I live a pure and simple life and love peanut butter and jelly sandwiches.”

WKRG-TV was kind enough to acknowledge Sarah’s birthday on the air: https://www.wkrg.com/mobile-county/mobile-woman-turns-106-credits-longevity-to-pbj-sandwiches